I saw someone through the fog walking towards me from a different route. She said something that I didn’t quite make out.

“What? ‘Wanna be my friend?’” I shouted over the wind.

She described them and I told her that no, I hadn’t seen them, but that I recommended she just get herself to shelter and that she could follow me if she wanted. After a few minutes, though, the fog had swallowed her again.

The scene: it’s 11AM. I am near the summit of Mt. Washington. Visibility is poor, maybe 50 feet. It’s misty out, since I’m in a cloud. Temperature is around 50 degrees. Sustained wind is 40mph, with gusts up to 80mph. I’m being blown around, and I’ve given up on keeping my cap on. My group is moving as fast as possible over the wet rocks since we know a thunderstorm is coming. This is the blurb from my guide for this section: “The trail is above tree line and totally exposed to the elements for approximately 12 miles. Be very careful, and don’t underestimate the difficulty of the trail in this area.”

I bet you’re wondering how I got here.

Last night we stayed at Lake of the Clouds Hut, which is in the middle of that exposed 12 mile section, and only 2 miles south of Mt. Washington. This hut is special in that if their work-for-stay slots are full, they’ll accept you for $10. They won’t turn you out to bad weather. Well, they’re not supposed to. There were 12 of us that spent the night here last night, all intending to stay another night due to the incoming storm. This morning, we were all sitting around playing cards when we overheard them tell MJ that we had to hike out. And then we immediately started to pack. They didn’t care if we paid, or even that Yoshi had a cold, they claimed that the weather was good enough.

On the summit of Mt. Washington, five hikers decided to take the train down into town, two decided to head back to Lake of the Clouds, and only my group pushed on to the next hut, desperately hoping its Croo would accept us. For the couple that turned back, they were greeted warmly by the Lake of the Clouds Croo, who apparently didn’t realize how bad it was until they went outside.

Anyways, thankfully the next hut’s croo took us in and gave us unlimited hot water. As for the woman who didn’t want to be my friend, she showed up well after dinner, and apparently had found her real friends. I had completely forgotten about her. It took them 12 hours to hike those 8 miles. They looked like they had been through hell. 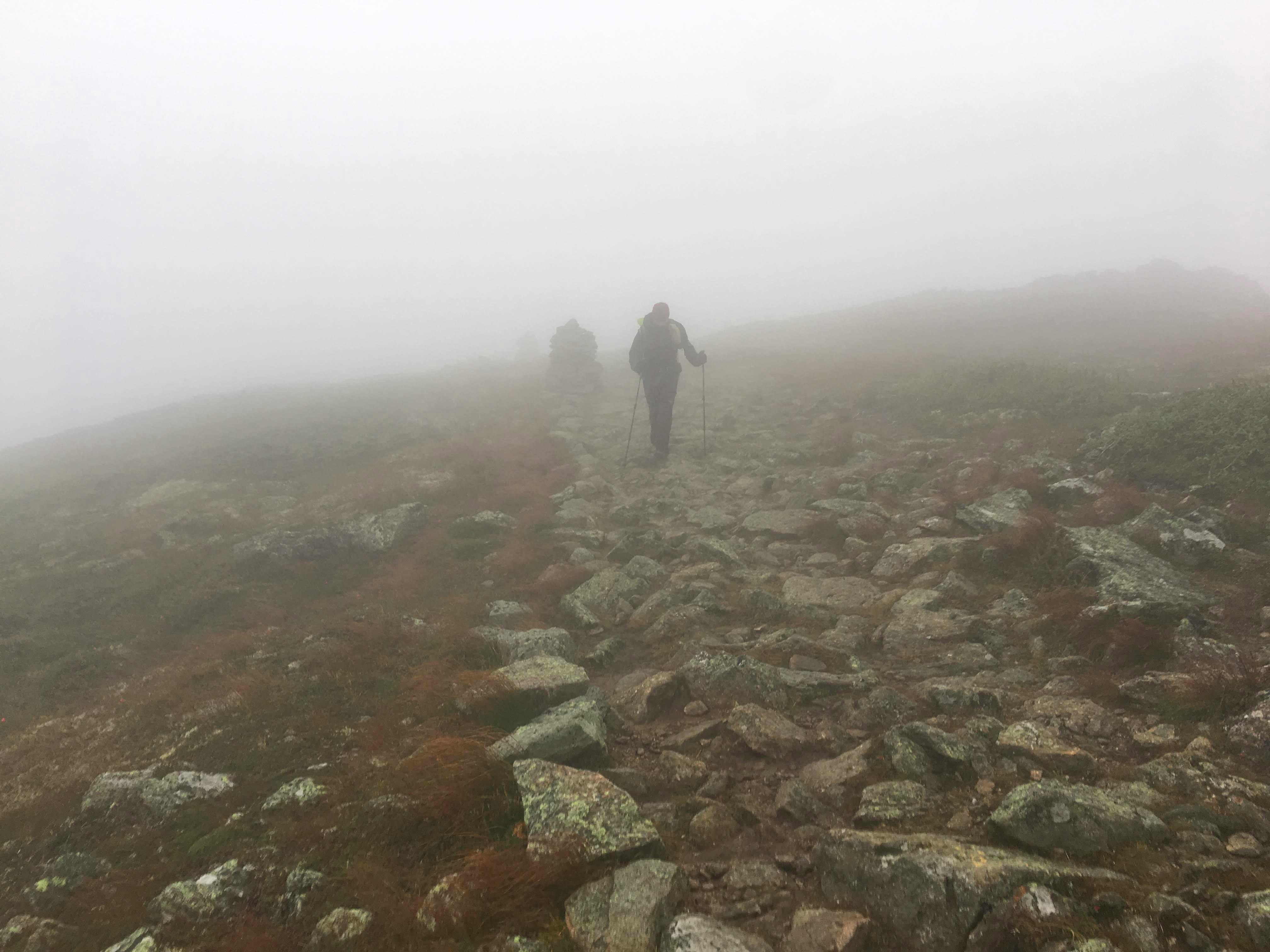 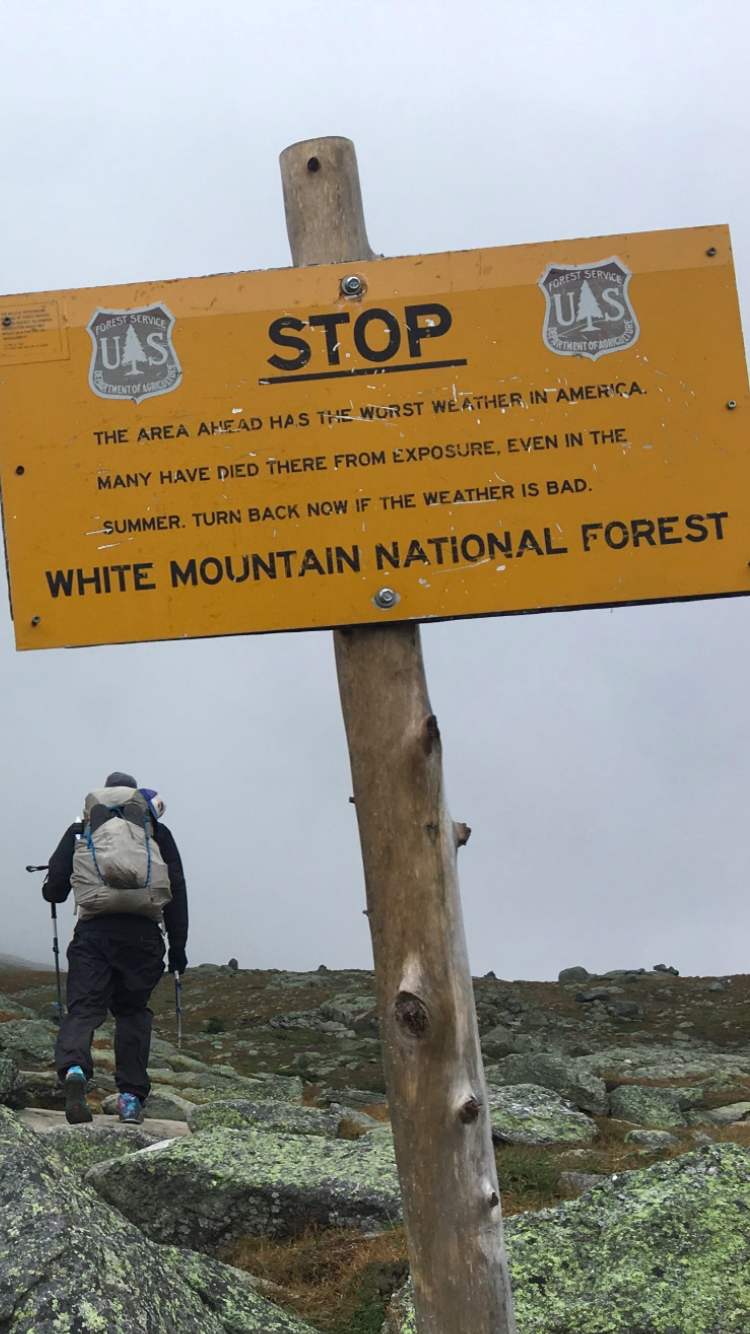 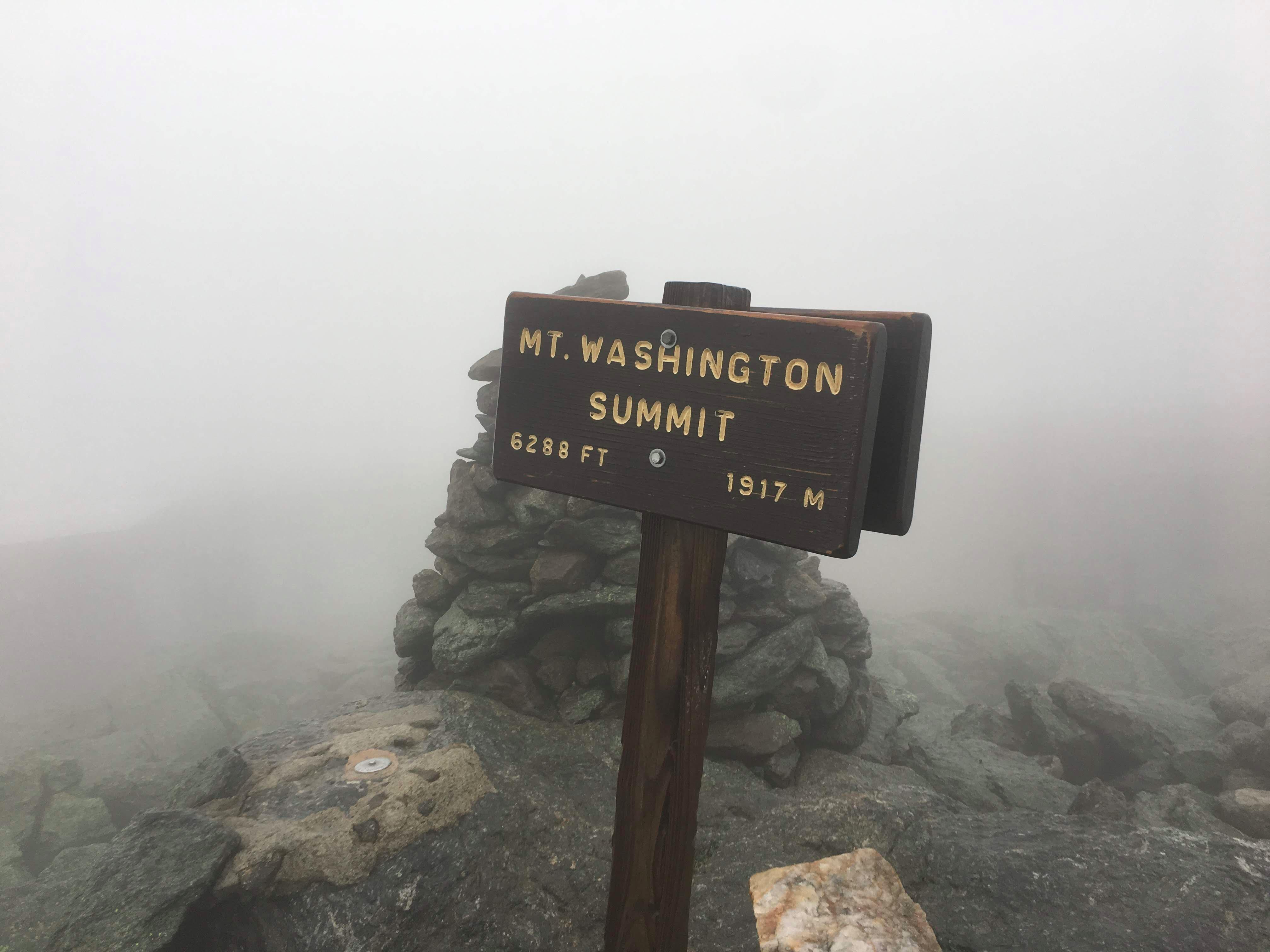